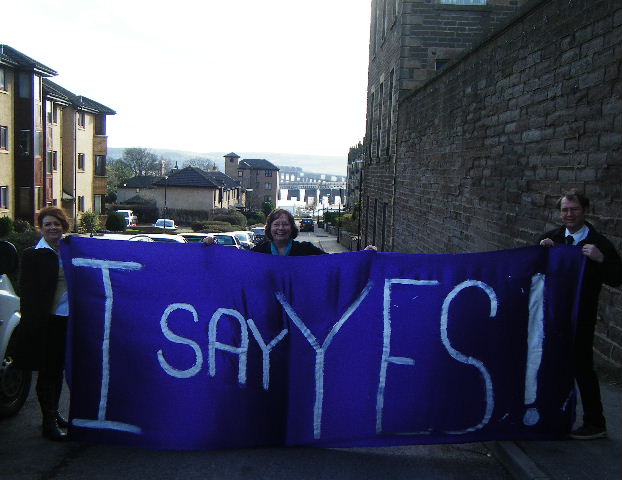 Michael Moore MP, Secretary of State for Scotland, was in Dundee earlier today and, along with our two Dundee LibDem parliamentary candidates Alison Burns and Allan Petrie, I had the pleasure of meeting him during his visit.

The photograph below is of (from left) Allan Petrie, myself, Michael Moore and Alison Burns, pictured at RRS Discovery.

Allan has a wealth of experience in representing people and working to improve local communities. He served as Dundee City Councillor for Pitkerro Ward from 1999 to 2003. Although elected as an SNP councillor, he left the party given increasing concerns about the direction of the SNP, and he joined the Liberal Democrats four years ago.

Allan has also served as chairperson on many community groups as well as serving on the advisory group of the national Community Voices Network that held Ministers to account for their policies on the regeneration of local communities, until that body was abolished by the SNP Government.

Allan said, “I have put my name forward due to many people asking me to stand as they are fed up of politicians who not only make promises they do not keep but also spend more time trying to run our lives instead of the country.

“The people of Dundee are fed up of being treated as second class citizens by this government. Despite promises, Dundee citizens still have to pay for parking at Ninewells Hospital and still experiencing real deprivation while this government and local council play about with the cosmetics of the issues.

“We need to tackle the social, economic and physical regeneration of our communities by giving more power to the communities themselves. Local communities know what the problems are and how they can be fixed and I will campaign at local community level on behalf of all the citizens of Dundee East.”