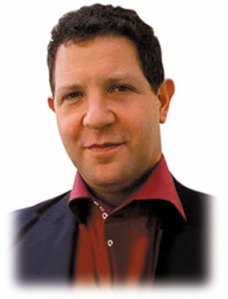 Writing in today’s Guardian, he explains why he doesn’t regret backing the LibDems and that :

“Those of us on the centre left who ditched Labour weren’t wrong.   Fighting hard for electoral reform is how Clegg will prove it.”

An interesting article available at : http://tiny.cc/Kampfner

Today’s Observer makes wild allegations, claiming that half of Liberal Democrat voters are ready to defect.

Scratch beneath the surface and you find that it is based on private polling for the Ed Miliband Labour Leadership campaign and,

“One of the great things about the polling transparency rules is that … information is made available by the pollster even for privately commissioned surveys.

I wonder whether the Observer saw the detailed spread-sheets from the pollster or was the report based on what the Ed Miliband campaign told them?”

Has the Observer been conned by the MiliEd campaign?
You bet it has.

Labservative – more of the same …

Great hilarity reading the “thank you” comments from the Labour candidate at the Henley by-election on his website :
“Not a great night for Labour, but no worse than the by-elections in Romsey and Winchester when Labour was 20 points in front in the polls. Another truly awful night, however, for the Liberal Democrats, who threw their full by-election machine at this one and didn’t even come close. The mutterings against LibDem Leader Nick Clegg at Westminster will be a little louder today.”
Reality check needed, I think.

The Labour vote (1066) was DOWN on the last general election by 11.6% and apart from being beaten by the LibDems and the Tories, Labour was humiliatingly beaten by the Greens and the BNP.

Labour now reminds me of the Callaghan government in 1979, limping to impending defeat. I doubt anyone will mourne the departure of Gordon Brown.

I think the summary of the past year (below) produced by the Liberal Democrats sort of sums up a year of the Labour Prime Minister’s drift, dither and failure:

How did it all go so horribly wrong for Gordon Brown?

It seemed to start so well. On June 27th 2007, Brown swept into office as Prime Minister in charge of a party that had crowned him unopposed as leader. Labour was comfortably ahead in the polls, the new PM’s personal ratings were high, and his promise to govern more inclusively, more humbly, and with a focus on substance rather than spin won him widespread praise. After 10 years of planning (and being Deputy PM in all but name) it was widely believed that no Prime Minister could ever have been better prepared for the office.

Reviews in the early months were generally good. In particular his immediate response to the terrorist attacks, severe flooding and foot and mouth outbreaks which hit Britain during the summer of 2007 was seen as statesmanlike and showing his experience, and compared favourably to the inexperience of the Conservative leader and those who might have challenged him for the Labour leadership.

Yet very soon things began to fall apart. The election-that-never-was marked the end of Brown’s honeymoon. The man who had previously cultivated a reputation as strong and decisive was spectacularly exposed as a ditherer. And a man unwilling, or unable, to admit what everybody could see, that it was a turn for the worse in the opinion polls which had led to his decision to cancel the planned election.

“The House has noticed the Prime Minister’s remarkable transformation in the past few weeks from Stalin to Mr. Bean, creating chaos out of order, rather than order out of chaos.”
Vince Cable to Gordon Brown, at PMQs (28th November 2007)

Worse was to follow, and it came rapidly. The headline of the Comprehensive Spending Review was a smash and grab raid on recently announced Conservative inheritance tax policies. It came across as the action of a party that had lost its way and which would do anything to stay in power. It was a victory for political opportunism over principle.

Lost data discs, containing information on every child in the country, were just the largest of a succession of record keeping and processing blunders which stripped away public confidence in Labour’s administrative competence. And then came months of dither and delay over the future of Northern Rock. Three months of resistance to nationalisation of the bank ending with the announcement that Northern Rock would, after all, be taken into public ownership.

Brown’s, and Labour’s, reputation for economic competence, painstakingly built up over the previous 15 years, was wrecked in a few short months as the regulation of the financial system, which Brown had put into place as one of his first acts as Chancellor, was shown to be utterly inadequate. While at the same time it became increasingly clear that the wider economic stability which was Brown’s proudest boast was turning into a slowdown, and maybe even a recession, with unemployment rising, house prices falling and overall economic growth stagnating.

However it was probably the decision to scrap the 10p income tax starting rate which did most to shatter public confidence in Brown. This self-inflicted wound led to angry party rows and showed Labour to be divided and fractious. Brown’s initial refusal to budge on the issue and his claims that no one would be worse off under the measure flew in the face of the evidence. His handling of it showed him to be a Prime Minister out of touch with the people and who did not feel the pain ordinary people did at a time of a rapidly rising cost of living. Worst of all, as an assault on the pockets of people on low incomes, it destroyed completely Brown’s claim that he stood for social justice.

“How many more Northern Rocks can there be? Look at the situation with fuel prices, the non-doms and the 10p tax band. Gordon has committed spectacular own-goals and the public is punishing him for it.”
Labour MP Derek Wyatt, quoted in Daily Mail, 3 May 2008. Wyatt also described the local election results as Brown’s “John Major moment”.

The panic that followed the dire local election results for Labour infected Brown as much as it did the rest of the Labour Party. The emergency budget was a humiliating u-turn for the Prime Minister whose claims of prudence and running a tight economic ship have been completely blown apart. For a decade, Labour attempted to paint their opponents as irresponsible with public finances. But now it is Gordon Brown who has the record of reopening budgets he said could not be reopened, and of borrowing vast sums of money to pay for panic measures.

Decisiveness. Principle. Administrative competence. Economic competence. Fairness. Social justice. Prudence. All qualities Gordon Brown worked hard to associate himself with during his 10 years as Chancellor. But for which 12 months of his premiership has comprehensively flattened any reputation that he might have had.

In the course of a year, Brown has gone from being the Iron Chancellor to the Great Ditherer. He has squandered his poll leads and performed disastrously at the ballot box. He promised to be the saviour of the Labour Party after the disillusionment of the late Blair years, but he has witnessed the fastest meltdown ever in a PM’s approval ratings – a steeper decline even than Neville Chamberlain in 1940.

Gordon Brown promised much when he came into office as Prime Minister. But he has failed to deliver. He has not ended spin. He has not restored trust. Britain is not getting fairer. And Britain is definitely not being better governed.

This is a Government without any clear sense of direction. 12 months into his administration, people are wondering more than ever: What does Gordon Brown stand for?

On the key issues for Britain today, Gordon Brown is not just failing to deliver, he is actually moving backwards.

The “Sunday Times” today -‘Bring on the clowns – Wendy Alexander’s referendum U-turn’ (click on headline above to view) – along with the other Sunday papers, sums up the depth of the disaster of Wendy Alexander’s week.
Nicol Stephen MSP, speaking at First Minister’s Questions on Thursday, said Alex Salmond could not believe his luck over Alexander’s ridiculous u-turn on the referendum issue.

Nicol said, “First he had the Tories cosying up to him on the budget, now we have the farcical floor show of the Labour Party offering him his lifetime’s ambition on a silver tray.”

Now it appears Wendy is under pressure to make a u-turn over the u-turn.
Scottish Labour has totally lost the plot.

You’d suggest they ditch Wendy, err … but exactly which towering giant from the Scottish Labour contingent in the Scottish Parliament would replace her? Ooops, sorry – there isn’t one!

I’d say that Wendy Alexander had lost the plot over the referendum issue, but that would be to suggest she ever had the plot to lose…

Labour took a total kicking in the English and Welsh local elections last week and Alexander’s response smacks rather of panic.

Personally, I dislike referenda. There was actually a referendum on the Scottish constitutional question last year – it was called the Scottish Parliamentary elections – and parties clearly supporting the union won that particular referendum hands down.

And … there will be another “referendum” in 2011 – the next Scottish parliamentary elections. If the SNP and the minor parties who support the break up of the UK get a majority of the votes, separation would follow. Don’t hold your breath.

The last estimate of the cost of a referendum – to my knowledge – was £7 million. That would build a new primary school, or go a long way towards a new hospital.

“Wendy Alexander’s suggestion is manifestly based on tactics not principle and is a panic response from a Labour Party in freefall after last week’s English and Welsh elections.

“Politicians should not support referendums on policies which they do not back. That is why the Liberal Democrats could not form an administration last year with the SNP.

“It is bad enough that we have to put up with Alex Salmond’s constant humbug about a referendum on independence without the Labour Party thinking that they can use one to call the SNP’s bluff. The political point scoring from both parties is unacceptable.

“Scottish voters will not look kindly on politicians who put themselves and their party above the best interests of the country.”

Leaving aside her rather dire performances at First Minister’s Questions, donations declarations and overall lacklustre leadership, Wendy Alexander’s latest pronouncement on a by-election in South Lanarkshire on Thursday rather defies belief:

Wendy Alexander welcomed the Labour’s victory in Cambuslang East by-election today after the count was completed as “an excellent result for the party”.

“What is particularly satisfying is Labour won the seat from the SNP, something they have significantly failed to do in any council by-election since the May elections. “This result is a major blow to the nationalists and their inflated claims about their own by-election performances. A seat held by the SNP has gone to Labour. It is clear that voters in Cambuslang have not bought the SNP spin and realise it’s Labour that best stands up for their interests.”

The full Labour spin can be read on the Scottish Labour website by clicking on the headline above.
Err … an excellent result? The actual result was the Labour vote DOWN 22%, SNP unchanged, Conservatives down 6% and the Liberal Democrats the biggest gainers of the four parties, gaining 8%. The “independent” vote was some 600, which explained the rest of the Labour decline.
As one Labour blogger (http://lukeakehurst.blogspot.com) admitted :
“Quirk of STV is that if a minority councillor in a ward dies or resigns, the largest party in the multi-member ward usually picks up the seat – this ward was 2 Lab, 1 SNP last year.”
Given their huge lead in Cambuslang last May, Labour should have won this by-election by a mile. Instead, they squeaked home. If Wendy Alexander thinks a 22% drop in the Labour vote is an “excellent result,” it shows the dire state Scottish Labour is now in.