Yesterday morning, I had the pleasure of attending a Fairtrade Breakfast at the City Chambers to mark Fairtrade Fortnight.
It was an thoroughly enjoyable breakfast with pupils from local schools who are helping to promote Fairtrade in their schools and communities.    There was also an excellent presentation from St John’s High School pupils.
Here’s a couple of photos from the event :

Later in the morning, I met with a constituent and two officers from the City Development Department of the City Council to look at road safety for Blackness Primary School pupils and pedestrians generally crossing Perth Road near Pennycook Lane.
It was agreed that the pedestrian crossing can be improved – by resiting the large utilities box on the south side of the crossing that obscures pedestrians from drivers heading west (see first photo below).    It was also agreed that, once funding is available, the crossing (see second photo below) will be modernised, with better signals with LED lights. 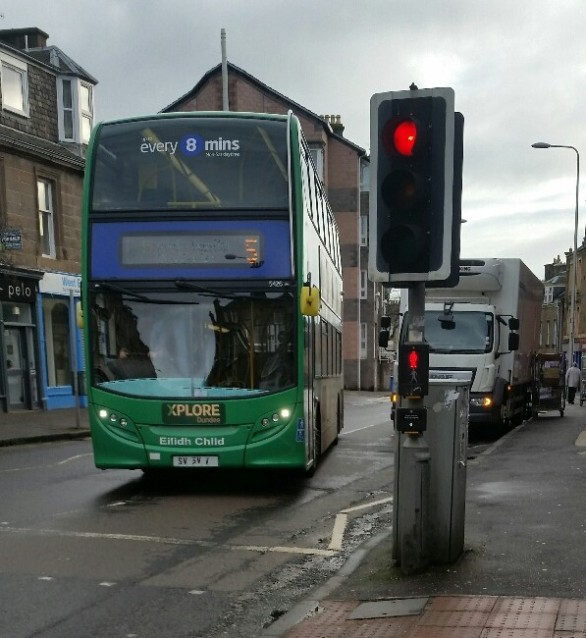 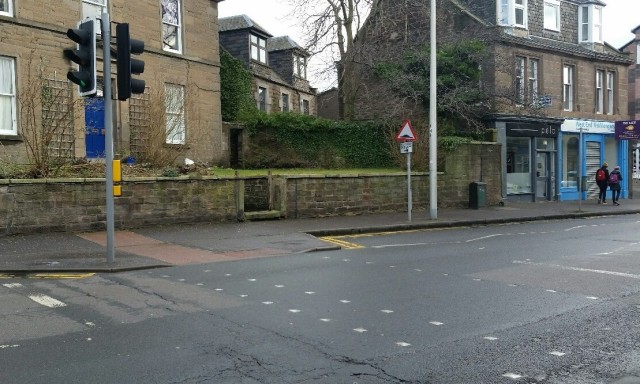 Last night, I attended the latest meeting of Friends of Blackness at Blackness Primary School.   Friends of Blackness covers the roles of both Parent Council and Parent Teacher Association.    It was a very positive meeting with updates from Mr Ferrier, Head Teacher, about school activities, staffing update and the school improvement plan and a discussion about the structure of future meetings.
I updated the group about the earlier site meeting and also the issue of improved bicycle storage at the school.

This afternoon, I took part in the latest meeting of the City Council’s working group tackling school parking and pupil safety outside schools across the city.
I took the opportunity to again raise my concerns and those of constituents about road safety in the vicinity of the West End schools’ campus – Balgay Hill Nursery School, Victoria Park Primary School and St Joseph’s Primary School.    The concerns include some drivers driving into the school campus area (instead of parking on-street) against school advice and some inappropriate on-street parking including drop off and pick up of pupils on Blackness Road.
I am pleased to advise that, after hearing my concerns, the council’s Chief Executive proposed a site visit to the schools to look at the issues and agree steps to tackle them.   This will take place before the end of term later this month.
It should be stressed that the vast majority of parents and carers drop off their children appropriately and with care and respect for others, but any remaining safety concerns must be tackled.
I also spoke about the situation outside St John’s High School and was assured that a meeting with the school will take place next term to discuss any parking and safety issues.

On numerous occasions over 2011 and 2012, I raised with Dundee City Council the continued poor transport provision for West End pupils who attend St John’s High School.
The issue was initially highlighted in 2011 when National Express Dundee withdrew the 4S school bus that took St John’s pupils from the West End to the school and back every school day.
Although, after the campaign to improve the situation, there was some movement – in particular in relation to a service at the end of the school day, albeit convoluted via Ninewells Hospital – travel to school arrangements for West End pupils attending St John’s remains highly unsatisfactory.    The recent wintry weather has highlighted this really unsatisfactory situation for pupils who all live within the St John’s catchment area.
I have continued to campaign to have the City Council recognise the need to provide a mini-bus service as a long-term solution to the problem.  The council owns a significant mini-bus fleet and as the council is now looking vehicle fleet management in a more corporate way, it has it within its resources to assist St John’s pupils in the catchment area.
This month, I asked the council’s Corporate Fleet Manager for an update on progress.   He has now advised:
“I have been through to Perth & Kinross and gathered a lot of good information on how they have taken pool minibuses forward.  I have also held initial informal meetings with some of the main minibus users in the council to try and gain an understanding of their needs and requirements.
We are now at the stage to set up and formalise a working group across the council to look at developing an implementation plan in relation to minibuses.”
This is useful progress but I do feel it is vital that a minibus solution is in place for the St John’s pupils by the start of the new academic year in August.   With the decant of Harris Academy pupils to Rockwell in August and the transport provision that will rightly be made for pupils who then have some distance to travel to Rockwell, it would indeed be unacceptable that arrangements are made for pupils of one of our schools but not for another.
I was on Wave 102 news yesterday regarding the St John’s High School travel issue – click ‘play’ below to listen:

I have again highlighted the continued poor transport provision for West End pupils who attend St John’s High School and am continuing to campaign to have the City Council recognise the need to provide a mini-bus service as a long-term solution to the problem.
The issue was initially highlighted last year when National Express Dundee withdrew the 4S school bus that took St John’s pupils from the West End to the school and back every school day.
At the time there was some movement on the situation but the travel to school arrangements for West End pupils attending St John’s remains highly unsatisfactory for many, involved convoluted bus journeys.   It should be remembered that this pupils live in the school catchment area and, particularly in winter, the transport arrangements – or, rather, lack of them – are not satisfactory.
I have been for many months requesting that Dundee City Council makes use of its own significant mini-bus fleet to provide a proper service for St John’s pupils.    The council has this mini-bus resource and, given that the council is beginning to look at vehicle fleet management in a more corporate way, the council has it within its resources to assist pupils in the catchment area.
I recently had feedback on his request for a mini-bus solution from the City Council’s Director of Environment as follows:
“Following the appointment of the new Corporate Fleet Manager in December last year, staff have been focussing on the critical issues to create and ensure the future successful delivery of the corporate fleet function. There are three main areas that have been focussed on:
Staffing – The creation/implementation of a staffing structure and the negotiations with the Trade Unions around harmonising Craft workers terms and conditions.
Physical Changes – The redevelopment of the blacksmith area within the workshop, the moving of the MOT and Taxi Testing station to the Marchbanks workshop and the creation of a new agricultural workshop within Marchbanks.
Fleet Management System – This involves a complete reworking of the workshop systems including stores, job cards, vehicle records and invoicing.
As you can appreciate the tasks listed above are complex and time consuming and must run in tandem with the day to day operations of 3 very busy workshops, with limited resources.
We are fully aware of the issues surrounding the mini bus utilisation within the city and as previously advised, plan to address this matter as one of the first major projects following the newly formed Fleet Section being fully operational.
We have recently met with colleagues in Perth & Kinross Council, who have fairly recently established a mini-bus pool, to understand how they have achieved this and the lessons learned. As a consequence of this visit it is now proposed to form a “lifed” Mini-bus Working Group and for this to become a sub-project under the Changing for the Future initiative. The group have yet to come together but will be required to develop an implementation plan and to report on progress via the council’s Strategic Management Team and the Changing for the Future Board.
I realise this does not deal with your immediate concerns regarding St Johns but hopefully reassures you that this issue is now firmly on the agenda.”
Whilst I am pleased to be reassured that this issue is now firmly on the agenda, the question is how long it will take this proposed Mini-bus Working Group to progress to a point that a service is deliverable for St John’s pupils.
There is an obvious issue going to spring up with West End pupils come next August.   Harris Academy pupils by then decanted to Rockwell as the Harris rebuilding project starts, will have a pupils’ bus service to take them to their decant building.     St John’s pupils living in exactly the same area and attending a school within a few hundred yards of Rockwell will have no equivalent and there’s a clear concern at the unfairness of such a situation.   Getting a permanent proper minibus service for St John’s pupils who live in the West End is the obvious route forward.
Reproduced, with thanks to the school :