I have had numerous complaints about the extent of mushy, wet leaves around Magdalen Yard Road and Osborne Place and some blocked road drains.

Following residents’ complaints to me about a series of potholes in Osborne Place, I brought this to the attention of the council’s Roads Maintenance Partnership and have been updated as follows :

“An order has … been raised for potholes in Osborne Place with a timescale for repair of approximately one week.”

Residents have raised with me a pothole in Osborne Place – see right :
I highlighted this with the City Council’s Roads Maintenance Partnership and have been advised that an Order has been placed to have this repaired. 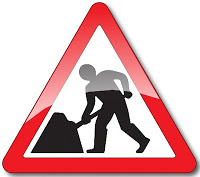 From Dundee City Council:
THE ROAD TRAFFIC REGULATION ACT 1984  :   SECTION 14(1)
THE DUNDEE CITY COUNCIL AS TRAFFIC AUTHORITY being satisfied that traffic on the road should be prohibited by reason of Scottish Water renewal works being carried out HEREBY PROHIBIT the driving of any vehicle in Osborne Place (from Shepherds Loan to Magdalen Yard Road), Dundee.
This notice comes into effect on Monday 30 September 2013 for 5 working days.
Pedestrian thoroughfare will be maintained.
Alternative routes for vehicles are available via Magdalen Yard Road/Shepherds Loan.
For further information contact (01382) 433168.
Mike P Galloway
Director of City Development
Dundee City Council

I am pleased to note that various pothole repairs have now been undertaken in the south end of Osborne Place – see right – following my raising residents’ concerns about the state of the roadway.
I have, at the City Development Committee of the City Council, raised the need for the council to concentrate on permanent “rhino repair” patching, however, as simple tar filling of potholes simply does not last and is not cost-effective.

Following residents’ complaints about the extremely poor road surface – including potholes – in Osborne Place, I have requested that the City Council repair the roadway, but also consider future resurfacing, given the very poor condition of the road (see above).

I have asked the City Council to relocate the neighbourhood recycling facility at High Mill a short distance away from its current location, following complaints from residents about the noise of bottles being dropped into the recycling units that are currently situated close to residents’ homes. There’s an obvious alternative site in the adjacent car park. I also asked for a new recycling point for the residents of Osborne Place, following residents’ requests for this.

I have had the following feedback this week from the City Council’s Recycling Projects’ Officer : “Fraser

Further to our earlier discussions, I have a few updates for you on the Neighbourhood Recycling Point at High Mill Court & your request for an additional NRP at Osborne Place.


We are in the process of requesting permission to move the High Mill Court NRP (neighbourhood recycling point) from its existing position immediately outside the main doorway to an area at the top of the car park. Once we have received a response on this we will update you further.

With regard to the Osborne Place request, I have visited the area to assess its suitability for an NRP but have unfortunately found it unsuitable. The pavement areas are too narrow & space too limited to accommodate the NRP unit & there is insufficient space to allow vehicular access to empty the bins safely. While it is disappointing to be unable to provide bins at this particular location, the proposed move of the High Mill NRP will make it even more easily accessible to Osborne Place residents that it is at present & will therefore still allow them the opportunity to recycle their paper & glass.”

I have asked that residents are fully consulted on the proposed re-siting of the High Mill location.
I recently also asked for better signage to the houses in the Pinegrove Gardens part of Osborne Place. This was agreed and erected yesterday but there was a small problem – the signage had an error on it! All credit to the City Development Department – a replacement sign has been promptly ordered.

I have now launched my November Update to West End Community Council.

You can read the update by going to

A number of the residents at Pinegrove Gardens, the housing in part of Osborne Place, have complained to me about the lack of adequate signage to their properties – 10-20 evens ; 19-33 odds. As a result, there are problems with some deliveries to households.

Following my request, the City Council has agreed to improve the signage here and this will be installed in the near future.

Following the flooding concerns raised with me by residents arising out of the torrential downpour on 21st August, I have had feedback from the City Council about issues at a number of locations.

I am meeting with residents and a city council engineer shortly about the issues at two of the locations (Osborne Place and streets around West Park Road) and with regard to the lower end of Roseangle, I have been advised as follows:

“To address the specific complaints in your email the area inspector for Roseangle will check the road gullies at the locations reported and arrange for them to be cleared if required.”

I have been further advised that the Roads Maintenance Section operates a maintenance programme which is both planned and reactive.    Planned maintenance involves the gullies being serviced twice a year although in reality this is not always achievable because of obstruction from parked cars/skips/scaffolding.   Reactive maintenance takes place on an ad hoc basis as required in emergency situations/following weather events.

Since getting back from the West End local community planning partnership meeting at Balgay Church Hall last night, I have been inundated with calls and e-mails from constituents on flooding concerns – Roseangle, Riverside Drive, Richmond Terrace and Osborne Place in particular.

Apart from the issues in the West End, as City Council Planning & Transport Convener, I spoke with the “Evening Telegraph” and Radio Tay on the general flooding issue and the situation in the City Centre. The City Council issued a news release on the matter this afternoon and I reproduce this below :

A city council spokesman said: “The flooding experienced in Dundee city centre yesterday was the result of an extreme rainstorm coinciding with a high tide. This meant that the existing old Victorian sewer system was totally unable to cope with the sheer volume of rainwater caused by this flash flood.

“The worst affected part of the city was in the Dock Street area, but many other locations around Dundee experienced unusual flooding events due to the drains and sewers backing up.

“Responsibility for the sewage system in Dundee lies with Scottish Water, but Dundee City Council is very concerned about the impact of these ever more frequent flooding incidents on property and the road network.

“Dundee City Council is planning to install a completely new sewer system in Dundee Waterfront as part of the area’s redevelopment. The project is seeking to design this system in a way which has enough capacity to resolve the flooding problems being experienced in Dock Street.

“In order to achieve this, the Council needs the cooperation of Scottish Water to design and implement a drainage system in the Waterfront which not only provides for its redevelopment, but also assists the flood affected areas in the city centre to the north. We have had dialogue with Scottish Water on this matter, but we need greater commitment from them if we are to grasp this opportunity to tackle the flooding problems in the centre of Dundee.”